Popular donut shop Krispy Kreme reveals that it has a Nazi past. As a result, the company family has donated $5 million to Holocaust survivors.

Per reports from CNN, the Reimann family has conducted a 3 year study and discovered that their family is tied to a Nazi past. Their ancestors used slave-labor during World War II. The family announce Thursday (Dec. 12) that they will be donating over $5.5 million to Claims Conference, an organization who repays Holocaust survivors.

Considered one of the richest families in Germany, the Reimanns also own and operate Panera Bread and have a controlling-stake in JAB Holdings. That company owns Eistein Bagels, Peet’s Coffee, Pret a Manger, and Coty. 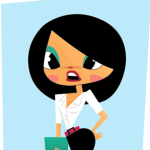